The chuck series CB-NX is an especially developed collet chuck, which has a low outer diameter at the front side of the chuck. This design offers an unique feature, which gives a maximum tool clearance. The chuck itself has the same skills like any other collet chuck.

At the chuck series CB-NX the collets are engaged in a coupling in the chuck body. Through the forward movement of the drawtube a connected sliding sleeve with cone is moving forward. Thereby the collet makes a radial clamping movement without pull down effect of the workpiece.

Optional an axial fixed part stop can be installed in the chuck from the front. Because of that, this series can be used for bar and chuck work. In opposite to the CB-NK chuck this chuck type is not generating a pull down effect and is useable perfectly for sub spindle operations. 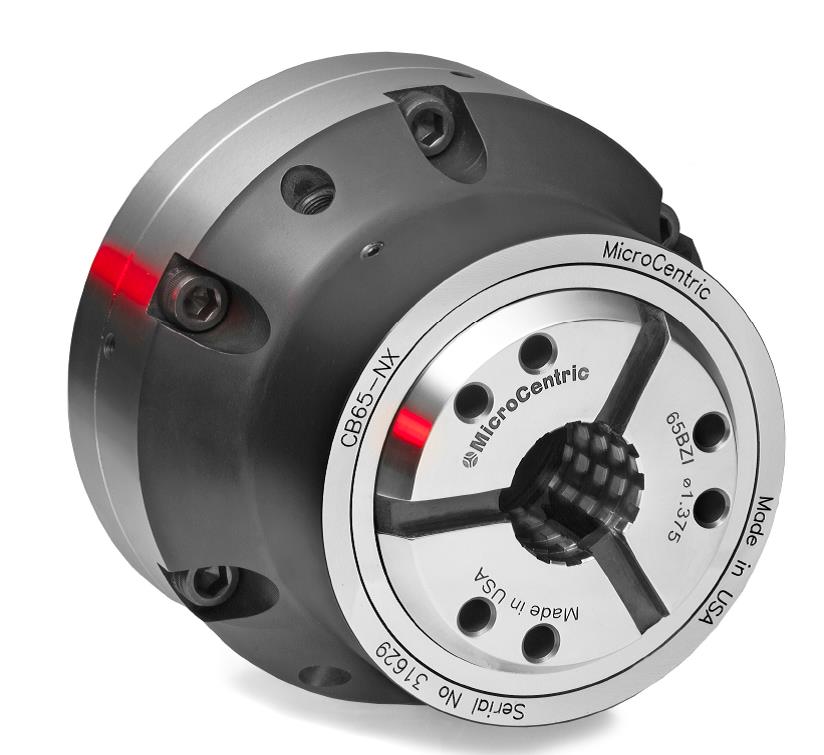 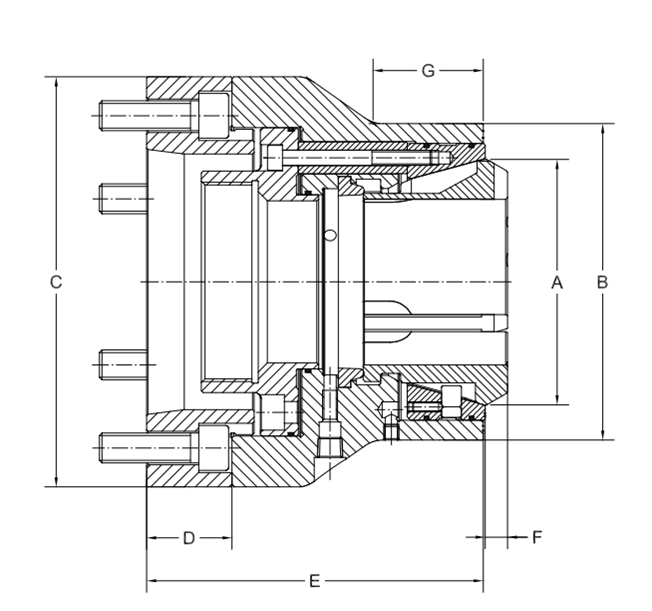